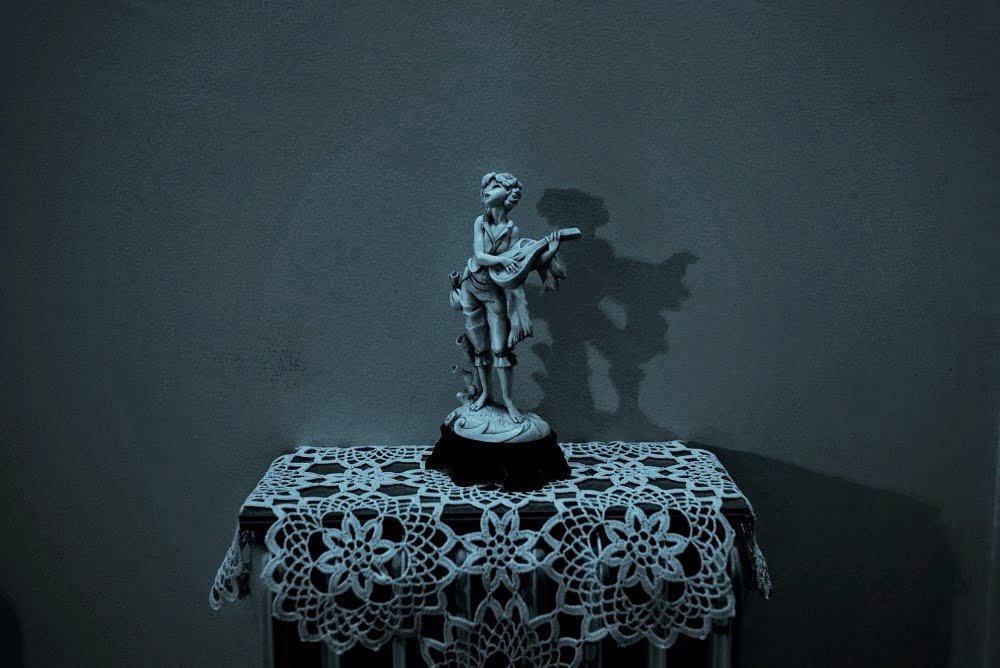 
“Send it to Nea Smyrni, it will never get lost there”

I didn't have a plan when I visited my mother's apartment that evening. I had no intention to photograph. On the other hand, it is true that I long wanted to delve into our family's intimate, unspoken history, and I had many times asked my mother for that shinny silver box containing my childhood black and white snapshots. She was always coming up with a good excuse why it wasn't a good idea at the time. I was never insisting. So, this thought remained an unfulfilled desire. I have never written about our family either. We were so few, just the three of us -them and me- and it is difficult to write for such a close knit without exposing your parents. I was afraid of doing such a thing. Now that it is just the two of us left -my mother and me- writing for this issue is rather impossible.


And so, that evening I went by to pick up my mail. Oh, I forgot, there's also one subconscious bond that I never broke. I still use my parent's apartment as my postal address - I never had my own. Only some occasional ones when I was studying abroad. But even then, if anyone ever wanted to mail me something important, I was replying: “Send it to Nea Smyrni, it will never get lost there”. I still do that.


I always carry my camera with me. That evening my mother was away. I opened some bills and looked through a book that was waiting for me on the kitchen table. After that, I went around her half-lit flat, my camera in hand. The first click came at an impulse. Then, a strange rhythm somehow developed. To look and to photograph. To make some steps. To look and to photograph again.


The world looks strange through the viewfinder. Or, maybe, “looks” is not the right word in this occasion. Looking is something that refers to the a posteriori reality of the actual photograph. It is probably better to say that, through the viewfinder, one observes things with a certain degree of intensity. There seems to be a peculiar dialectics here: you look at the photographed image and you realize what you had observed in actual reality.


Looking at these photographs now, I prefer not to say what I think I observed in my mother's Nea Smyrni apartment. This is for each individual viewer to decide. The photographer, after all, is always understood by others, not as a real person, but as a unique way of seeing. This reflection (the look – the looker) is a photographer's true source of identity. It is not the photographed objects that constitute the material of one's photography - it is the subject that photographs.


I can only say these few things about my project: My mother's silence is the second part of a wider program, which I call LOOK TWENTY. The first part is titled Hotel rooms and it is, again, an exploration of intimate space (both psychological and physical).


What I am interested in, is different forms of narrative. This fixation on narrativity is something that defines both my photography and -of course- my writing. Specifically in LOOK TWENTY, I am trying to construct a narrative form of clearly defined structural characteristics. Each project consists of a group of 20 photographs, a video slideshow of around 8-10 min duration, and an accompanying piece of music. The end result is an installation of the printed images along with a projection of the slideshow. Each constituent project of LOOK TWENTY is initially hosted at www.karouzo.com (where only the video slideshows can be seen).


I believe that my own personal relationship with photography is defined by a need to reconstitute memory. It is my own way to relate to the world, to other people around me, and to my own inner life. But since I also have a deeply rooted connection to writing, I feel that I am constantly oscillating between these two different aspects of my double identity: writer/photographer. For me, literature is a method of defamiliarization. Through writing, I explore my disjunction to the world. Photography, on the other hand, is a way to explore my acceptance of the world.


In the end, photography is probably an effort to come to terms with life in general. Probably this is why it became important for me a bit later in life, later than writing, at this age of forty five. At a time when everything around me becomes a bit more intimate. Even my writing...


I would like to thank Apostolis Artinos for his friendship and encouragement, this exhibition would not have happened had he not worked for it. Many thanks to Kostas Christopoulos the co-founder of The Symptom Projects platform. Also, my gratitude to Periklis Douvitsas at Nefeli editions, to Iraklis Papaioannou for his comments and editorial input, to Dimitris Sdralis for his art and care, and to Yorgos Karouzakis at A place for the arts, the driving force behind LOOK TWENTY. 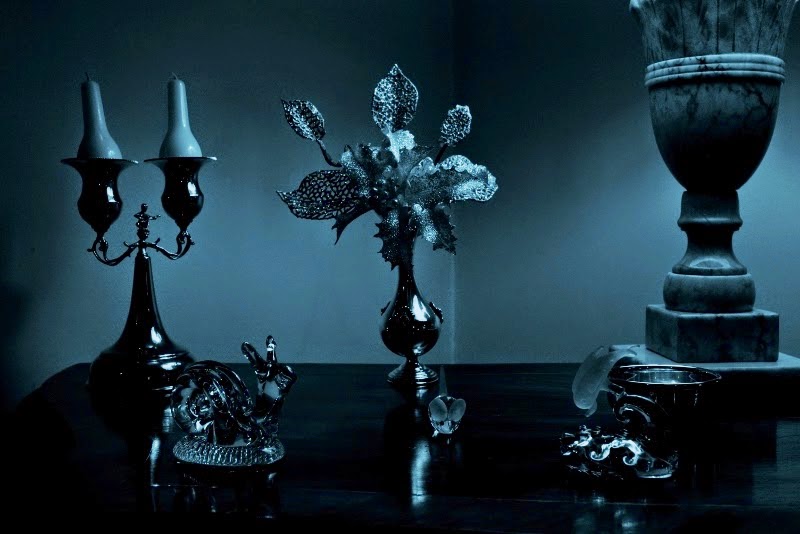 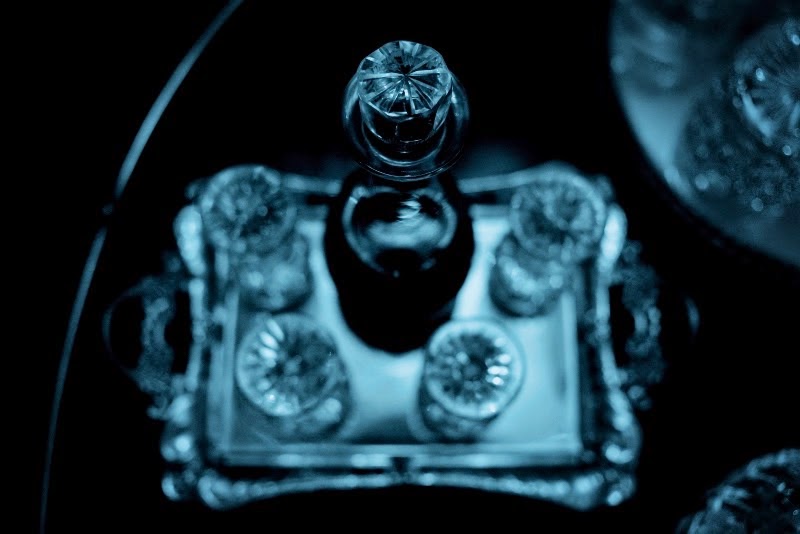 
A phenomenology of solitude


The photograph does not exist. What exists, is the enchanted gaze. Whenever and wherever the eye chooses to focus - even without its own consent: it is the objects' spectral presence that catches the eye, attracts it and finally abandons it. That weak gaze, always unconscious, prey of dominating events. And for that reason, a gaze always in need of some medium in order to establish a vision of those catching spectral objects. But then again, this field of view remains uncovered, undependable, meaningless. Nothing can be built on a gaze. No lineage can be traced, no structure, no perspective. And of course, no sense of objectivity. Only the phenomenology of its solitude.


When Christos Chrissopoulos visits his family apartment photographing the different rooms, what he actually does is to expose his psyche to the locality of a unique and personal emotion. To be himself exposed to a shift that diverts his gaze towards details remaining undetected by vision. It is a genetic return to what Frege would call “blodless specter” (blutloses Gespenst), a transcendental and unallocated referentiality, which is none other than the secret place of the heart. The place where the object looses its material trace and appears animated by mnemonic processes of recovery, by figureless and unfulfilled invocations into the night.


The following pictures are but a final attempt to "understand" that psychological seduction. An understanding, however, that is proved unattainable. Images remain unallocated and the "inwardness" of the eye is but a fundamental transcendence, a rhizome extending beyond the horizon of our perceptual expectations. This is an "inwardness" that is not recognized in the psychologism or the ontology of some emaciated empirical structures, but is recognized in the trans-lucency of the images themselves, in the unallocated "Real" of their representation• remaining unallocated, since the materiality of the representation is always beyond meaning: a non-referential condition establishing -by affirmation- the place of experience. The image, after all, is only the impact of a stimulus before it gains conscious reference. It is an alterity that dwells within us and binds us to a world beyond form and beyond meaning.


The edge of a piece of furniture, the dull light of a lamp shade, the luster of porcelain, the crystal liquer set, two apples in a fruit bowl, the pharmacy box of the elderly mother, her framed picture at a young age, this motionless time of silence... speechless witness of an emotional engagement that nails its subject to the context that surrounds it. Our gestures, and those of others, are impressed on things. Our aura gives life to them. Our voices raise them from oblivion. It is this revelatory moment when the world of things is offered defenseless to the gaze of others. When the world of things dismisses its own thingness and gets transformed into a naked signal, into a spectral existence, such as the “Tower of Duino” - a node of emotional blockages. Only the camera lens can shape the existence of this world, can highlight its objective side. When the gaze is content in its topological downfall and semantic extinction.


In the photographic series "My mother's silence" by Christos Chrisopoulos, the viewer recognizes these black holes of emotion, perceives their unique shape. These mental prisons of irrevocable commitment to what was, and will always be, human life: a pure and unrepresentable experience of solitude. 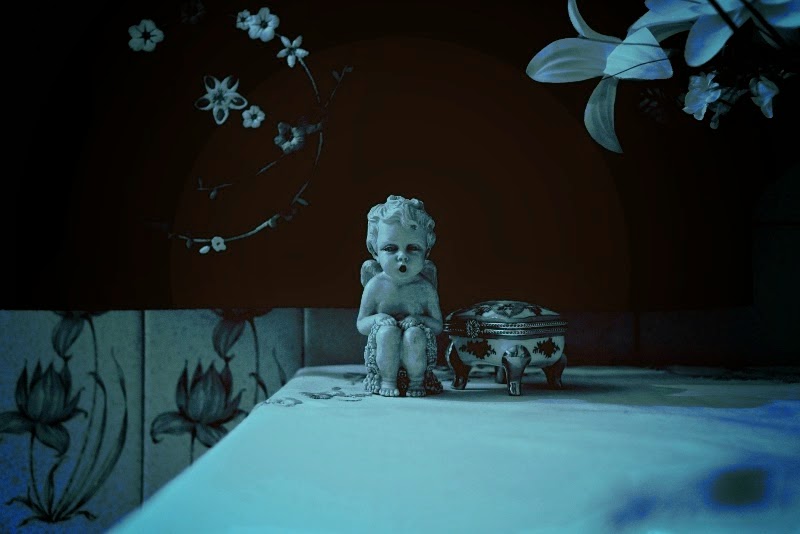 Christos Chryssopoulos was born in Athens in 1968. He has published twelve books (fiction and essays). He has been awarded the Academy of Athens Award (2008) and Laure Battailion Prize (2012) in France. He has been collaborating with the American artist Diane Neumeier in works combinig literature and photography, most notably: Encounters (Reykjavik Contemporary Art Museum, 2003), Black Dress (artist book, RCIPP, 2002). His online photography project Disjunction was exhibited at the MucEM in Marseilles (2014). He is a member of the European Cultural Parliament (ECP). His books are available in five languages. His photography blog is www.photoskiasis.wordpress.com


Apostolis Artinos is a writer and independent contemporary art curator. Together with visual artist Kostas Christopoulos, they established the art plarform The Symptom Projects, through which they organised five group exhibitions in the cycle The symptom 01 - 05 and two exclusively photographic exhibitions in the cycle es-optron 01 – 02. Artinos has curated many shows in Greece, notably: The thorn of beauty (2012), The transparency of sex (2013), Lurking nature (2013), The heterotopia of the hut (2014) and writes frequently for the Athenian press. He has published the following books: Vita contemplativa (1998), Dora's letters (2011), The heterotopia of the hut (2014), The Lacan event (2014). His blog is www.leximata.blogspot.gr)
Αναρτήθηκε από The Symptom Projects στις 11:41 μ.μ.