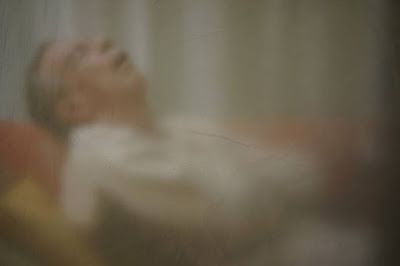 “We need to find the great and simple medium with which to present together all those elements of thought which, while separate and remote from our souls, seemed to remain purposeless and sterile. Once united, they will emerge infinitely simpler and more direct than each of them separately. And thus to demonstrate that, as in the smallest manifestation of life, art and thought, the only value of the specialities that produce it lies in their synthetic quality; that, similarly, in this grand case of the world only connection and union, among so many precious elements that stay inert as long as they are divided, can awaken the Rhythm of creation as this virtue of theirs is roused, elevating it into Method and action that would animate a new cycle of life”1. 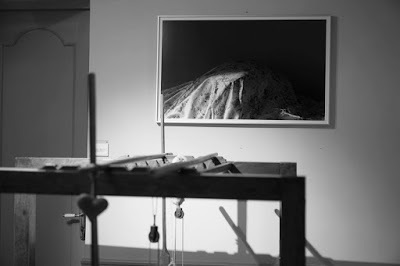 These lines, printed and prominently displayed in the Delphic Festival Museum, reveal the overall aesthetic principles of Angelos Sikelianos, typical of inter-war Greece. What do they involve? An attempt to combine several elements, selectively taken and sometimes contradictory, into a new whole, a new set usually linked to the revival of a major national narrative. If there is one concept behind all this, it is that of the indivisibility and continuity of Greek history: increasingly at the time, ancient Greece encountered Byzantine spiritualism and an idealised “folk” naturalness, in a historical landscape in which any impassable crevices and steep elevations had previously been smoothed over.


So, “connections” and “unions” inform this passage from Sikelianos, “syntheses” capable of shaping a national whole out of this orgy of polymporphy. The poet himself is the one who undertakes this venture; this is the role he keeps for himself. More than that, he retains the role of the prophet, the initiator, the hierophant who will resurrect a peculiar amphictyony next to the Delphic omphalos. “According to Sikelianos, the Poet, the Thinker, the Mystic are capable of inspiring the inert human mass with a spirit of life and lead it to bliss”, wrote Pantelis Prevelakis in his monograph on the poet.2


In any case, the Delphic Idea and the plan for the Delphic Festival sum up a key moment in the overall presence of Sikelianos in the country’s recent cultural history. Indeed, his venture bears many of the traits of inter-war Greek modernism, be it “reactionary”, “irresolute” or “sober”.3 The poet’s initiative at Delphi and his drive to activate the local population and change their way of life comes in itself to designate a subject of modernity — a modernity rich in aspects and regressions. Even more so when this occurs through the creation of a major synthesis, a major narrative such as the Delphic Festival.


Assimilation of different traditions —ancient, pagan, Christian, Byzantine, folk— and the fusion of their invented or idealised elements into a new whole: this is the work of the national poet who goes from “I” to “we”, who intervenes as bearer of the “conscience of the race”. Indeed, the Delphic Festival bordered on a —passive, perhaps— aesthetic racism. Several years later, it would find its parody in the dictatorship’s feasts — but then, of course, the force behind the synthesis was no longer a poet.


And what remains of all this? A museum. A museum that attempts to reconstruct an event through fragments, photographs, texts and manuscripts, costumes, letters and objects. As we know, the museum is par excellence a site of modernism, for reasons which have been variously analysed. We are within a space where a synthesis is also attempted; an effort is made to unify a condition through fragments. The world of modernism is one of breaking up a whole and ‘stitching’ it back together. Yet the seams of this re-composition, the joints, cannot be hidden — they will be forever visible.


It is at those seams that Yiannis Theodoropoulos intervenes with his photographic work. He does not seal, cover or even ‘dress’ them; on the contrary, he aims to highlight them, to make them more visible. He works in-between the exhibits of the Delphic Festival Museum, accepting the fragmentary nature, the inability to reconstruct any wholeness and, ultimately, the reluctance towards every synthetic venture.


His course is the reverse of that of Sikelianos: Theodoropoulos heads back from ‘we’ to ‘I’. For instance, he retrieves photos from his personal and family archive and places them at the spots where the museum’s regular exhibits have been temporarily removed (for maintenance, research, etc.), juxtaposing them to what is already there.


So this is a retrieval from a personal family album, whose images are then set next to —and against— the museum exhibits. Two accounts, the one as comprehensive and documented as possible about its subject (the Delphic Festival, in this instance) and the other resisting the idea that the former is even possible; that something can actually be reconstructed. Paradoxically, however, the artistic act of juxtaposing images comes to unite rather than disconnect mnemonic narratives. More accurately, it comes to remind us that art is often the means to fill in the gaps of memory; one more poetic way of linking fragments and mnemonic episodes. This is also the way in which the seams are illuminated to become the very object of the present co-exhibition.


In his literary work W.G. Sebald often presents photographic images which function also as memory-reconstruction tools. I must admit I find several parallels between Sebald’s writing practice and the way in which Theodoropoulos reconstructs his familiar past through the photos in his archive (there are more differences than similarities, but we won’t talk about those here, obviously): among other things, the attention to the precarious and the ephe­meral, to the countless overlooked details and hidden aspects of everyday reality. They may seem unworthy of mention, but it is where the déjà vu accumulates though minor sensorial events —tastes, smells and not so much images, after all— that keep recalling the past.


Not surprisingly, albeit perhaps in violation of the literary norm, W.G. Sebald of Germany’s traumatised post-war memory is juxtaposed here to Sikelianos and his pre-Great War Delphic Idea or Consciences. Let us follow an excerpt from one of Sebald’s books:


“[…] how little we can hold in mind, how everything is constantly lapsing into oblivion with every extinguished life, how the world is, as it were, draining itself, in that the history of countless places and objects which themselves have no power of memory is never heard, never described or passed on. Histories, for instance, like those of the straw mattresses which lay, shadow-like, on the stacked plank beds and which had become thinner and shorter because the chaff in them disintegrated over the years, shrunken – and now, in writing this, I do remember that such an idea occurred to me at the time – as if they were the mortal frames of those who once lay there in that darkness”4.


If it is these particular words of Sebald that are quoted and not any others, it is because this excerpt demonstrates the abrupt passage from memory —from what can be retrieved, in any case— to the present time: “ghosts” replace the histories left behind in “countless places and objects”. Through the memory of an erstwhile use, the remains of some “straw mattresses” have lost their original shape: they are “thinner and shorter, shrunken”, as relics “of those who once lay there”.


Another set of images by Yiannis Theodoropoulos has no figures; they remain in the ‘here and now’ through their reminders — heaps of clothes of familiar persons, depicted elsewhere in old black-and-white photos from their youth, are carelessly stacked on furniture like “relics”. Next to them are showcases with costumes from the Delphic Festival or clothes of Eva Palmer-Sikelianos. The latter are restored back to their original form and size, with the occasional photograph to fill in the now-covered void. The former, on the contrary, are heaped shapelessly, without a skeleton, without a toy inside.


Elsewhere, “Cousin Panayotis dreams of Chrisso”, the slopes of Parnassus are substituted by a printed cloth, and some photos taken by Theodoropoulos himself are covered with opaque paper for preservation. What all these works depict is inertia — the inertia of people, but mostly of matter.


“Only connection and union, among so many precious elements that stay inert as long as they are divided, can awaken the Rhythm of creation”, noted Sikelianos in our opening quotation. His aim was to combine and unite, and thus revive and galvanise, inert elements towards a new creative awakening. Theodoropoulos, on the contrary, wishes to revive nothing. Producing a consistent discourse to describe adequately a world in its entirety is deemed an impossible task; the definitions are absent, while no idea can compensate for wear. Things there are in the past, only existing as memory. Sometimes they also exist as matter, inert matter — and it is in that state that they’ll remain.
1
“Δελφικός λόγος: Η πνευματική βάση της Δελφικής προσπάθειας. Επτά άρθρα” (1927), in G P Savvidis (ed.), Πεζός Λόγος (vol. II), Athens: Ikaros 1981, p. 27
2
Pantelis Prevelakis, Άγγελος Σικελιανός, Athens: MIET 1984, p. 148
3
These adjectives come, respectively, from Jeffrey Herf (Reactionary Modernism: Technology, Culture and Politics in Weimar and the Third Reich, Cambridge University Press, 1984), Vassilis Boyatzis [Μετέωρος μοντερνισμός: Τεχνολογία, ιδεολογία της επιστήμης και πολιτική στην Ελλάδα του μεσοπολέμου (1922-1940), Athens: Eurasia 2012] and Dimitris Dimiroulis (Ο Ποιητής ως έθνος: Αισθητική και ιδεολογία στον Γ. Σεφέρη, Athens: Plethron 1997)
4
W.G. Sebald, Austerlitz, trans. Anthea Bell. New York: Random House, 2001, p. 29